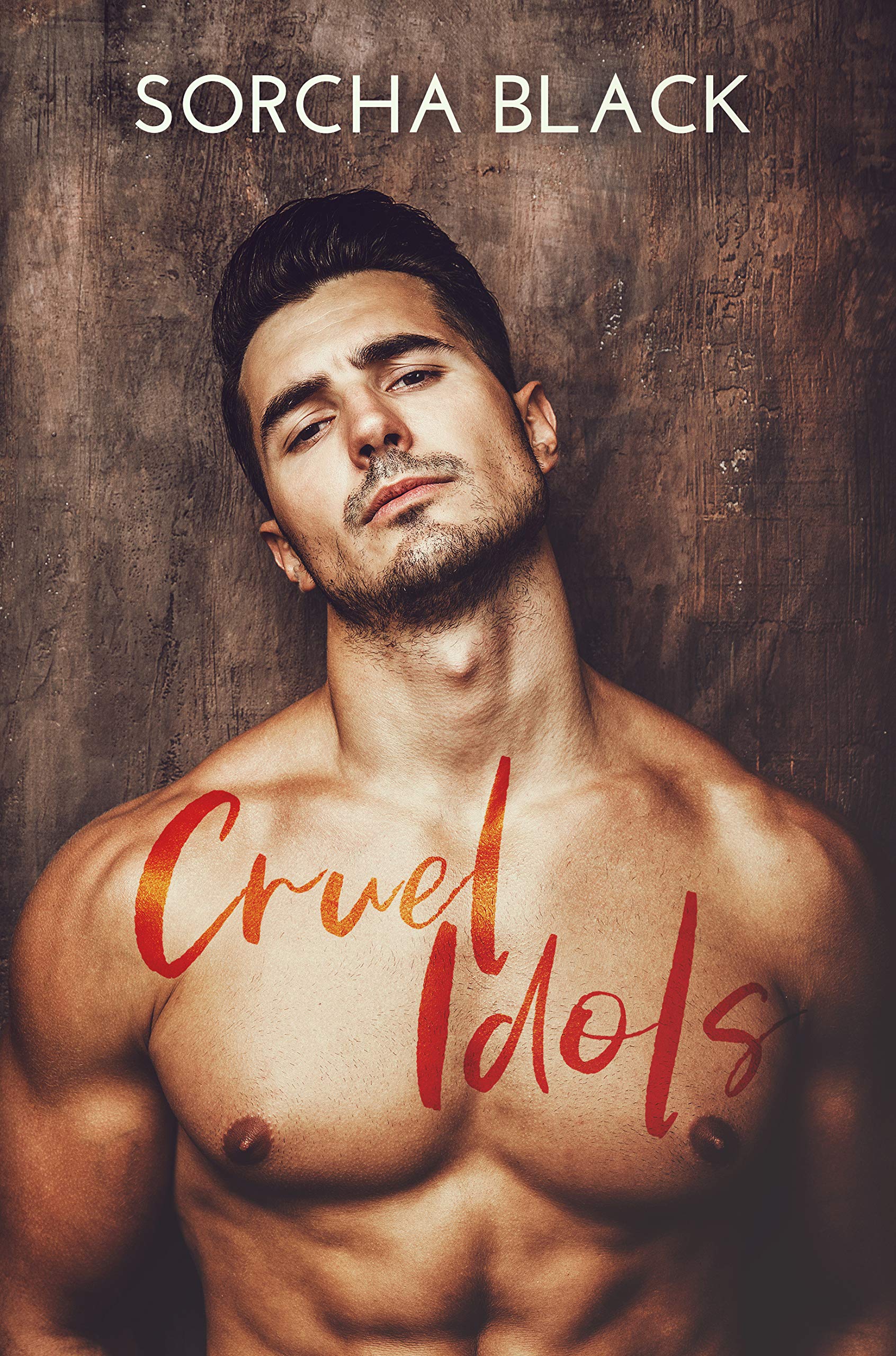 At first, the premise made me hesitate, because a fan approaching a writer to get an autograph in her treasured book and then getting accused by said writer of trying to steal his manuscript is a recipe for epic second hand embarrassment. And I don’t deal well with that (which is amazing, considering my thing for erotic humiliation, but that’s my embarrassment and I’m in control of it). However, the realization of that premise is hilarious and sets the tone for the rest of the book: Vandal Stokes is every inch a dick, but Sadie meets his dickishness with acerbic, dry wit.

The title isn’t lying: these men are unabashedly cruel, and they live out their desires and fantasies (in the name of research) with no holds barred. And yet. They’re not cruel like many dark romance novel heroes are because they suffered terribly because of their families. Their families are fucked up, but it has explicitly nothing to do with their kinks — they’re cruel because it gives them pleasure and they get sexual gratification out of some twisted games. Their shameless joy in making Sadie suffer is what makes them so fun!

THOUGHTS ABOUT THE CHARACTERS

Sadie’s character is so fun, I want to hang out with her. I want her running commentary on my life, because I love her dirty mouth and take-no-shit-and-call-you-out attitude.

Vandal is and probably will always be a dick, but he grows on you. Like fungus. He’s rough and mean and rude, but he’s genuine in that, and when he finally opens up, if only for a glimpse, it’s *Chef’s kiss*. Plus, he so transparent, it’s hilarious.

Zero remains a little pale in comparison, even though Sadie bonds with him quicker and he acts like the nice one on the surface. Maybe it’s the switch-personality that makes him harder to grasp, because whereas he’s submissive and a glutton for punishment with Vandal, he’s all twisted dominant with Sadie. (On that note, I want a word-count- dom, too!)

THOUGHTS ABOUT THE PLOT

In my first read- through, I remember being so pissed, because their kinky little commune made writing look so easy! Sure, they grumbled about editors and feedback, but the whole process is so straightforward… it’s a dream. I think writers writing writers write what they want to be (I love the English language, by the way). We want to hit our word-counts and deadlines effortlessly. We want success without the grind of crippling self-doubt. And some of us want the writing commune where the sexy dom spanks you for not meeting your daily goals.

What I love through every read-through is the angst of their unexpected love triangle (Is it a love triangle when you end up in a throuple?). Sadie is the interloper in an existing relationship between two men with issues. Her yearning to belong and her conviction that she has no place with them is heartbreaking — and I love that. Give me all the angst on top of the twisted kink-sundae!

“The tableau of him standing over Zero, gazing down at him with affection while Zero gazed up at him with adulation made me feel like the worst interloper, and also made me absurdly envious. What would it be like to have that kind of close attachment to another person—that kind of bond? To have someone be cruel and violent because it was what you enjoyed, and trusting them to stop before it all became too much?”

The kinks in this book are heavy: there’s consensual non-consent, where things get uncomfortable and sometimes painful, but Sadie always has a safe word. Vandal and Zero fuck with her mind by playing on her doubts if they’ll heed her safe word, but one of them is always conscious of her well-being and on the lookout for signs that things went too far. There are spankings, biting, capture/ kidnapping role play, knife play, fear play, rough pet play, spit, degradation. Seriously, this book walks the line, making it all consensual with an exciting edge, because we as readers follow along with Sadie’s doubts and always wonder: will they really stop?

The Dare by Harley LaRoux