I’m mourning the death of my last surviving Aloe polyphylla seedling. It must have been eaten by slugs while I was away. The pot is as empty as if there never was a baby aloe in there at all, and I’m frustrated. What used to be my green thumb is now a charcoal black stump, and I’ve laid more plants to rest than I managed to keep alive. In that regard, I’m very different from Poppy Baines, character in my story “The Black Orchid” which is featured in the Sinful Press anthology “Sinful Pleasures”.

Okay, not just in that regard.

Despite my many losses, I try myself at gardening again and again. I even wanted to become a gardener when I was still in school, and did an internship in a nursery (where the employees lived in a draughty old castle and succulents were weeds my fellow gardeners stuffed into their pockets to take them home). Once upon a time, I managed to keep all my little babies alive. I was so good at it, in fact, that my family trusted me with the mother plant of all our Pilea peperomioides plants when my great-grandmother (who’d owned it for decades) died. I’m ashamed to admit that I did not manage to keep that ancient plant alive. Even more ashamed that it took me only a few months to let it die.

Still, gardening remains endlessly fascinating to me, and I wish I had the same green thumb as Poppy. Live thrives around her, sprouting from cracks, so rich and green it’s almost like magic. I envisioned her as a modern Persephone, if Persephone were a gardener and an orchid breeder. It fits, as gardeners have to be ruthless too. Maybe that’s what I’m missing: I like to watch things grow, and I miss the moment when it’s time for a new pot or a trim, or time to get rid of the weeds, or in the case of orchids, time to water them. 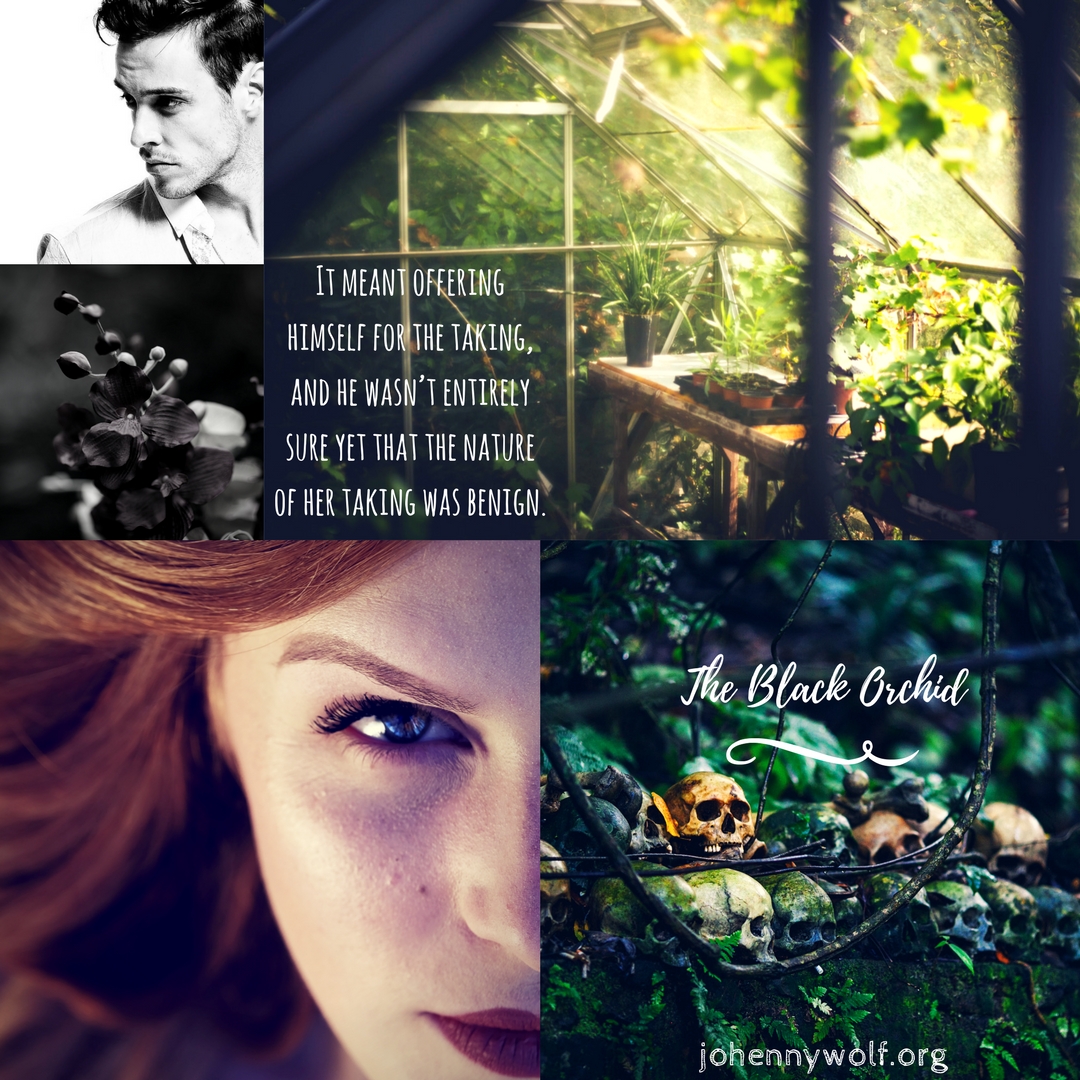 What can I say, I love making mood boards!

Poppy Baines is ruthless, in a way my other character, Donn, doesn’t immediately catch on to, but she won’t let her plants die. The beautiful thing about fiction is that it’s incredibly easy to fill a whole Victorian greenhouse with a jungle of plants and keep all those plants alive. In a way, I did become a gardener after all; as George R.R. Martin put it:

“I think there are two types of writers, the architects and the gardeners. The architects plan everything ahead of time, like an architect building a house. They know how many rooms are going to be in the house, what kind of roof they’re going to have, where the wires are going to run, what kind of plumbing there’s going to be. They have the whole thing designed and blueprinted out before they even nail the first board up. The gardeners dig a hole, drop in a seed and water it. They kind of know what seed it is, they know if planted a fantasy seed or mystery seed or whatever. But as the plant comes up and they water it, they don’t know how many branches it’s going to have, they find out as it grows. And I’m much more a gardener than an architect.”

My gardener-heart throbs with joy that one of my babies has found a home in the Sinful Pleasures Anthology, and I’m so excited it came out this week! Go read Gail B Williams’ guest post about her story on my blog! And rememeber when I talked about a bit of writing that captured the power of humiliation so perfectly? I’m still fangirling over the fact that I’m in the same anthology as Janine Ashbless, the author of said book! This anthology is chock-full of goodness, so definitely take a look.

Excerpt of “The Black Orchid”

Poppy smirked, with a sparkle in her eyes that made him feel transparent and naked. He stuck a finger into his shirt collar to get some air onto his heated skin. It was entirely too hot in this hellhole of a greenhouse.

“Maybe you should take off your coat before you collapse,” she prompted gently. Donn’s cheekbones burned right through his skin as he followed her suggestion and shrugged out of his coat, folding it and depositing it out of the way on an empty rack attached to the table, while she plucked another black orchid from her tree shelf. She placed it side by side with the first plant. “Mostly, I just split them into clones, since I have already reached perfection with this breed. I used to pollinate though, to get this dark black.”

She waved him closer, and Donn followed her order. It was like a reward when she placed her hand on his arm, and another jolt of electricity tingled through him, sizzling hot in his lower belly. The heaviness in his groin increased.

“Give me one of the toothpicks from over there, please,” she murmured, leaning closer, and Donn sucked in air like a drowning man who’d broken through the water. His lungs only filled with more of the orchid’s earthy fragrance. As he reached for the toothpicks she had indicated, his head was swimming, as if the orchids had wrapped their roots around him like mangroves to pull him under again. His hand, so steady usually, shook. Poppy let her fingers slide along his much longer than necessary when she took the toothpick he offered. He wished she would touch him even longer.

“Alright. Do you see this little thing at the centre of the flower?” Poppy pointed the tip of the toothpick at a black blossom, and Donn bent down to look at it closely. “That’s the column. You have to insert the toothpick here, carefully…” She demonstrated it to him, but Donn had a hard time concentrating. “You have to push the tip into the stigma to get it sticky, then pull it out along the anther cap…here. Do you see those little yellow dots? They’re called pollinia. The gonads, basically.” She pulled the toothpick out

of the column and showed him two tiny yellow blobs sticking to it. “Now comes the fun part.” With a grin, she moved to the second plant.

Donn swallowed. Poppy’s voice turned throatier with every word, softer, and he leaned closer so he wouldn’t miss a single syllable. “This time, you want to get the pollinia to stick to the stigma. So you gently—gently—push your pick into the column, all the way to the back…and there you deposit your load.” The toothpick came out clean, and she turned her face to smile at him. Her breath tickled against his cheek, warm and damp. Squeezing his eyes shut, Donn tried to get rid of the images of Poppy on her knees, her mouth hot and wet as she sucked his cock into her throat.

“Do you want to try it?” she asked, and Donn wasn’t sure if she meant pollinating an orchid or fucking her throat. The answer was the same for both.

Support your small publisher and buy the paperback direct 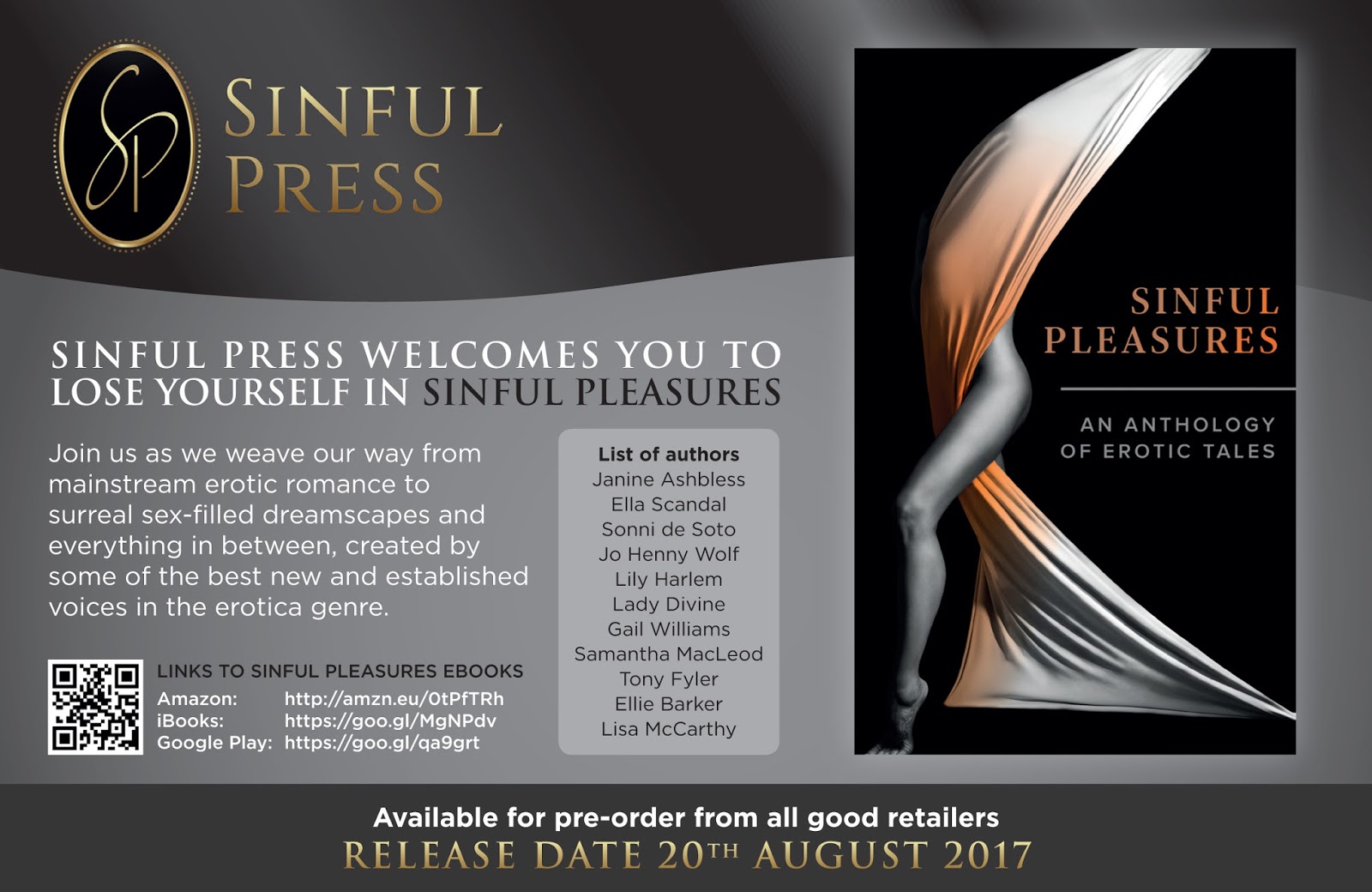 Previous Story
Take It Where You Find It

Next Story
Out now: Mistress Marlene