The first time I read Sarah Waters’ novel Fingersmith, I was struck by its beautiful prose. The novel’s adaptation The Handmaiden (2016) achieves something similar with its lush aesthetic. Its beautiful, calm shots hide a thick plot of layered manipulation.

The Handmaiden transports the plot of Fingersmith from Victorian England to Korea in the 1930s under Japanese occupation. Despite this change in location and time, the movie follows the book’s plot closely — until it doesn’t. When reading, I wasn’t prepared for the big plot twist at the end of the first part of the book. The movie kept the three-act-structure of the book, and I knew what was coming. And yet, director Park took the twist and twisted it again so cleverly that I was as surprised as with the book.

Sarah Waters called the movie very “faithful” to her book, and it is. Fingersmith indulges in the material pleasures of the Victorian era. It revels in soft leather gloves, corsetry and buttons without blotting out the sweat stains. The Handmaiden offers a similar richness in textures and materials. Everything’s offered up for the main character Sook-hee’s pleasure. Every shot indulges the audience with its beauty.

Up to a point, the movie follows the beats of the book. When it deviates, it’s still firmly grounded in the book’s spirit. It’s ripe with the surprising twists and turns of a sensation novel of the Victorian era.

A disclaimer: I have watched the movie in its German dubbing, not in its Korean and Japanese original. I can’t speak to the movie’s treatment of class, or its portrayal of sadaejuui as Park Chan-wook mentioned it in an interview (a Korean term describing a notion of people of a smaller nation worshiping the power of a bigger nation of their own volition). My observations are bound to be filtered through a Western lens, and I won’t be able to pick up on all of its nuances.

That said, there is still a lot for me to enjoy in this beautiful movie, and I thought about it for days after watching it.

Pornography in Fingersmith vs. The Handmaiden

Like her counterpart in the book, Maud Lilly, Lady Hideko is trained from a young age on to perform readings of pornographic texts in front of a male audience. Like her counterpart Sue Trinder, Sook-hee doesn’t know the nature of her mistress’ readings. In the book, Maud became immune to the fetishistic and perverted literature she’s forced to read. She knows it to be lies and falsehoods, and it doesn’t affect her.

“But soon I do not care […] I understand my uncle’s books to be filled with falsehoods, and I despise myself for having supposed them truths. My hot cheek cools, my colour dies, the heat quite fades from my limbs. The restlessness turns all into scorn. I become what I was bred to be. I become a librarian.”

When she writes her own erotica in the end to make a living, it’s a different kind of writing. It’s no longer cruel and objectifying as it is written (and collected) by male writers. Her own writing is filled with all the ways she wants Sue. It’s filled with love, carving out a space for female sexuality.

Hideko’s readings in the movie are performances meant to gratify the male audience present in her uncle’s library as well as the audience of the movie. We see the erotica come to life as Hideko imagines it. We see her audience squirm awkwardly to hide the effects her reading has on them.

The novel ends with a subversion of the objectifying, male-oriented pornography. The movie seems to recreate it in the scenes of love-making between Sook-hee and Hideko.

In Part I, we get a more innocent and uninhibited look at this first sex through Sook-hee’s point of view. Sook-hee narrates her own imagination, her idea of what the Count would do in Hideko’s wedding night.

In Part II, we get a much more explicit recount of this night through Hideko’s eyes. We see her recreate sex as she’s learned it through her uncle’s art and texts. We see the women scissor on screen, and we see Sook-hee’s face glistening with Hideko’s wetness. Later, when Hideko performs another text, this one narrating a lesbian sex scene, we see her as affected by the text as the male audience. She has now real-world experience that infuses her reading with her own desire.

In the novel, Maud Lilly destroys her uncle’s library before her flight. In The Handmaiden, it’s Sook-hee who destroys the pornographic collection of Hideko’s uncle when Hideko reveals what he has her do. In the night of their flight, she takes Sook-hee into the library to “show her something beautiful.” It’s when Sook-hee sees a figurine of two women scissoring that she realizes the power Hideko’s uncle has over his niece. This gives her the resolve to destroy this library of monstrosities and free Hideko from his grip.

It’s Sook-hee who helps Hideko cross the (ridiculously low) wall that kept her a prisoner in her uncle’s house. 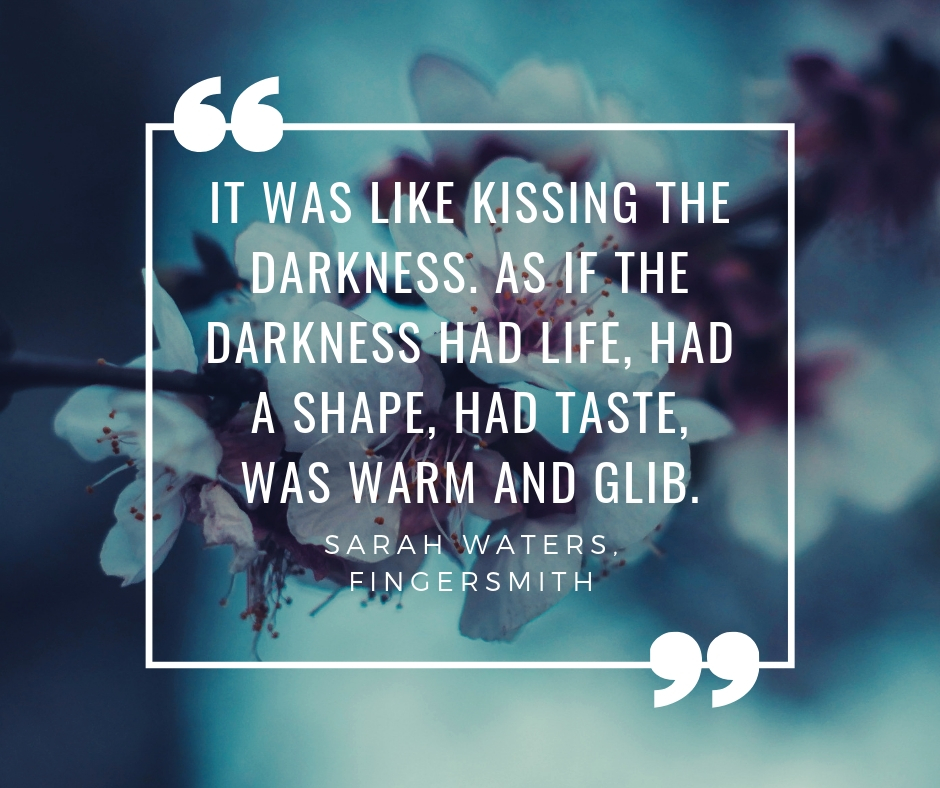 The movie is in contrast much more overt.

In Charles Perrault’s tale, Bluebeard is marked as an outsider because of his blue-colored beard. His dyed beard is often read as a code for the inherent orientalism. Bluebeard is an outsider in the tale’s society, a foreigner who wants to belong. To achieve his goal of belonging, he marries – repeatedly.

Like Bluebeard in the tale, Uncle Kouzuki in The Handmaiden is an outsider, a Korean who desperately wants to be Japanese. Like Bluebeard, he aims to realize his goal through a new wife: Hideko, who is both Japanese and of noble birth. Like Bluebeard, he has past “wives” who are dead or have disappeared. The housekeeper is rumored to be his first wife. Then there was Hideko’s aunt who – so he claims – hanged herself in the cherry tree in the garden. And like Bluebeard, he has a secret chamber holding an even darker secret.

In Perrault’s Bluebeard, the secret chamber keeps the corpses of his prior, murdered wives. In The Handmaiden, uncle Kouzuki keeps his bookbinding utensils in this chamber. With these, he used to torture Hideko and her aunt by creating the books they had to read from in front of audiences. Those same utensils become tools of actual torture during the last act of the film, as he uses them to cut off Count Fujiwara’s fingers. The tools alone don’t account for the horror the chamber holds. The terror springs from the other decoration in this secret basement: cut-off genitalia in jars with formaldehyde, and a living, enormous octopus.

The true contents of the chamber are only revealed in the last act, but the sinister nature of his secret is hinted at earlier already. The first part, told from Sook-hee’s point of view, shows him with an exaggerated, inky-black mouth, giving him a grotesque and deranged look. She doesn’t know anything yet about the contents of his library, or what he forces Hideko to do, but she sees him for the monster he is.

In Part II, we learn the true nature of the books Uncle Kouzuki is hoarding. We learn what Hideko is made to do when she’s brought into this house as a child. We learn that her aunt had to do the same before her and that she tried to flee when she could no longer bear it. This is when we get the first hint at the nature of the secret chamber: Uncle Kouzuki takes the aunt into the basement to “show her something beautiful”. She screams at the horror she, but not the audience sees.

The next we see of the aunt is her body hanging in the cherry tree. We’re meant to believe she hanged herself. Hideko doubts this version of what happened. She questions her uncle with details she read about hanging. The tidy state her aunt’s body was found in doesn’t fit in with these details. He then takes the girl down to the secret chamber, showing her the horrors it contains and using it as a constant threat to keep her in line.

In Perrault’s Bluebeard, once the young wife knows the secret of her husband’s bloody chamber, her fate is sealed. She has to be punished for her curiosity and take her place among the dead wives. She begs her unforgiving husband for a last moment to gather herself and uses it to beg her sister to call for help. She’s saved by her brothers at the very last moment.

Like Bluebeard’s wife, Hideko hopes for rescue as she’s unable to save herself. She believes Count Fujiwara’s scheme to marry her and have her handmaiden Sook-hee committed to an asylum in her stead to be her way to freedom. But the count is, like every other male character in the film, pathetic and greedy. Like her uncle, he wants to profit off her. Her uncle sees her Japanese heritage and her pornographic performances as assets. Count Fujiwara wants to possess her money. His motives are entirely selfish. 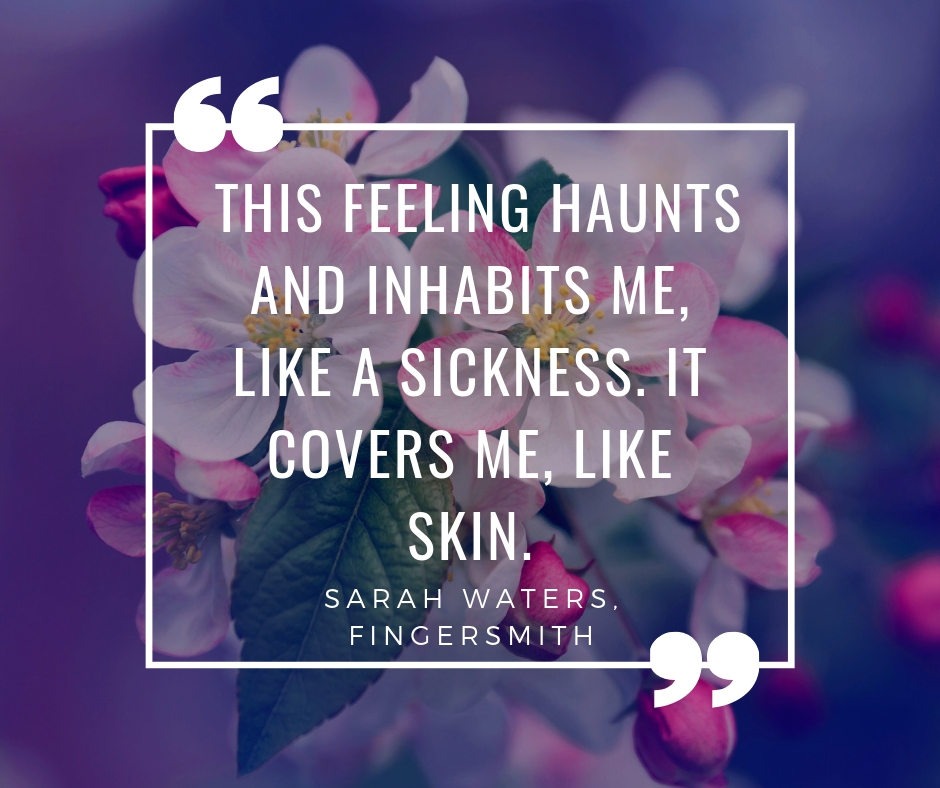 Gaslighting in The Handmaiden

The term gaslighting describes a technique of psychological manipulation that leads a victim to doubt themselves. It originates from the play Gas Light (1938) and its two film adaptations. About George Cukor’s movie Gaslight (1944), Maria Tatar writes,

“Gregory’s mischief turns the domestic arena into a space permeated by unsettling sounds and visual effects. Paula can never be at ease, for she has been enclosed and contained, the prisoner of a husband who has turned home into an uncanny domain that offers no secure ground.”²

Uncle Kouzuki’s mansion is a hybrid, puzzled together from British and Japanese influences, with constantly flickering lights. Along with Sook-hee, the audience is told upon her arrival that we’re going to be gaslighted. Ignore the flickering light, the housekeeper tells Sook-hee, it’s just the electricity. Electricity is something to be proud of, a sign of advanced technology. For the audience, the flickering lights also hint at something darker, depraved lurking in the house. There’s a secret, but Sook-hee is not supposed to know it, or even acknowledge its existence.

The women in this house are meant to doubt their own strength, are meant to be meek and kept in a state of submission and subservience. It’s when they open up to each other and dare to trust that they find the strength to leave the prison of the mansion. Uncle Kouzuki’s as well as Fujiwara’s plans hinge on the women’s passivity, on their belief that there is no other way for them.

With the flickering lights, the grotesque mansion with its secrets and fake floorboards in the library, Park creates a gothic atmosphere true to the novel Fingersmith. The movie plays with the perception that the camera shows us the truth, reality as is. But a closer look reveals subtle differences between the point of views, furthering the audience’s manipulation. As the narrative unfolds, the characters are revealed as unreliable narrators. We learn that Sook-hee didn’t disclose everything.

²Tatar, Maria: Secrets beyond the Door: The story of Bluebeard and his wives. Princeton University Press, 2004. p.95

Armitstead, Claire: Sarah Waters: ‘The Handmaiden turns pornography into a spectacle – but it’s true to my novel’. 2017. https://www.theguardian.com/film/2017/apr/08/sarah-waters-the-handmaiden-turns-pornography-into-a-spectacle-but-its-true-to-my-novel-

Tolentino, Jia: “The Handmaiden” and the Freedom Women Find Only with One Another. The New Yorker, 2016. https://www.newyorker.com/culture/jia-tolentino/the-handmaiden-and-the-freedom-women-find-only-with-one-another