Review: Captive in the Underworld by Lianyu Tan

Once in a while, I crave dark romance. Not often, mind. It’s a sudden thirst, and one or two books later it’s already sated. I don’t know what speaks to me, or which deep, weird corner of my mind needs this fix. But there it is.

When I discovered this gem, I wasn’t even looking for dark romance but for retellings of the Hades and Persephone myth. (Seems counter-intuitive, but I’ll go into that another time.)

A genderbent F/F dark romance retelling of Hades and Persephone? YES, PLEASE. I preordered Lianyu Tan’s debut novel, and friends, I was not disappointed! 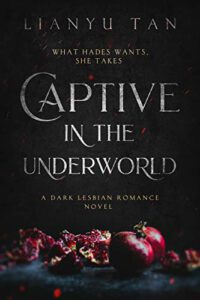 Captive in the Underworld by Lianyu Tan

Available in: ebook and paperback

First, this book comes with content warnings, and plenty: there’s nonconsensual/dubious consensual content and physical and emotional abuse. Persephone suffers quite a lot throughout this story, at the hands of her mother as well as at those of her abductor Hades, who snatches her up after Demeter casts her out and carries her off to the underworld, where she holds her captive and forces her into marriage. Their wedding night isn’t anywhere near consensual, and yet…

I was less repelled by it than I could have been, in large part thanks to the writing. With unflinching honesty, it portrays the wedding night as the nonconsensual claiming of an unwilling bride. Yes, there’s pleasure, but it doesn’t reduce the trauma.

With this responsibility and acknowledgment of Persephone’s rape, Tan creates a much harder path for her characters towards a reconciliation and a happy ending. Without sugar-coating the nonconsensual aspect of their relationship, the suspension of disbelief is much harder. There’s no hand-waving, no magical sex-fix. No easy path out.

And Hades, with her austerity and ruthlessness, doesn’t believe in making things easier for herself either. She treats Persephone with the same consequence as all of her subjects. She doles out harsh punishments for any infraction. But she never does so in anger, a stark contrast to Demeter’s treatment of her daughter.

The goddess of the harvest’s reactions are regularly out of proportion. She treats her daughter with anger and malice, subjecting her to horrifying abuse. By showing Persephone a clear framework of consequences for her actions, Hades actually helps her heal and grow into her power. It’s this that makes their love story believable and so, so rewarding. 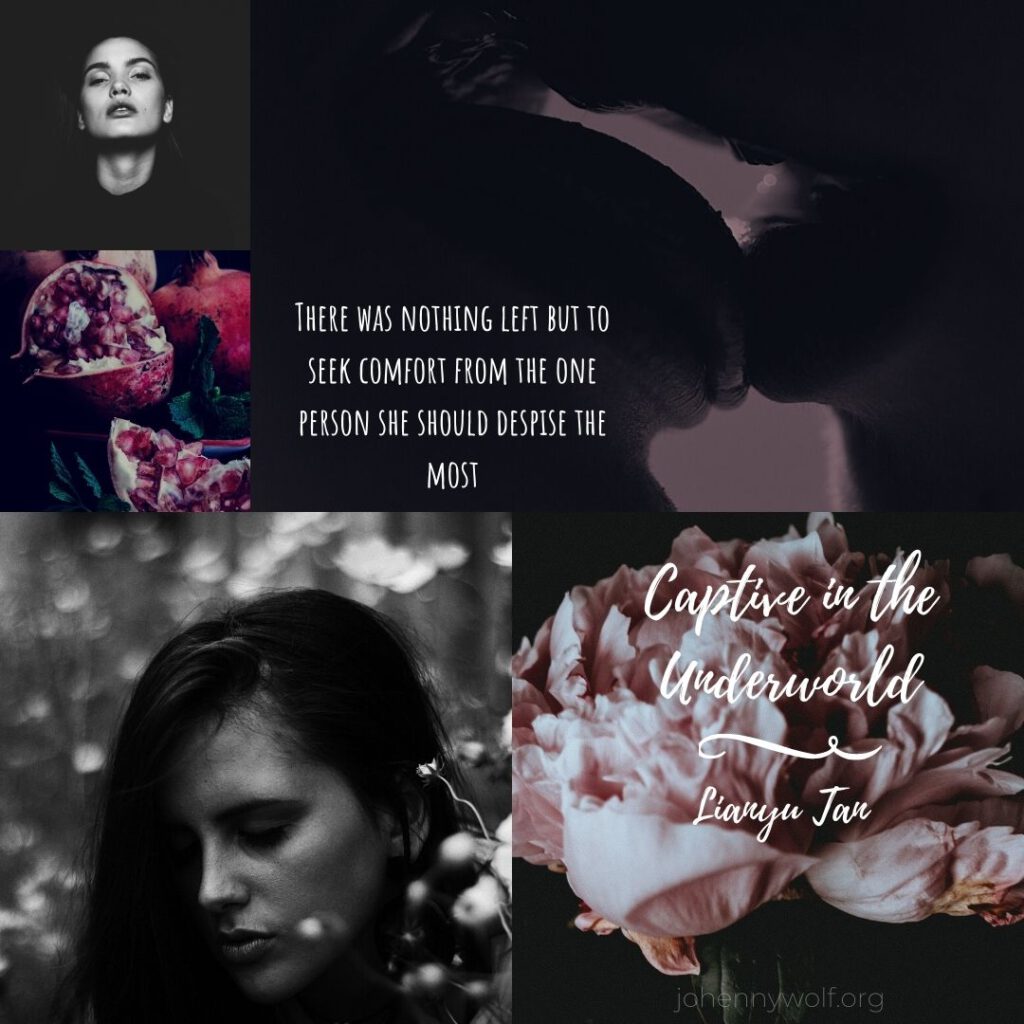 I don’t expect healthy relationships in dark romance, and I’m not sure the marriage of Hades and Persephone is even close to anywhere near healthy at the end of the book, but it’s a relationship of equals where Hades respects Persephone’s agency. I can live with that. And I had a few emotional tears blurring my sight and that twinge in my chest from a book giving me feels and wreaking havoc on my emotions. Those are the books I love, and Captive in the Underworld absolutely delivers.

Plus, the prose is graceful and elegant, which gives this retelling the authentic feel of a myth. Everything I love in a good story is there: beautifully crafted writing and a slow-burn enemies-to-lovers plot with all the feels.

“Princesses in towers. Heroines in chains. Tales of abduction, suffering and smoldering passions. Those stories have captured Lianyu’s imagination since forever. In her dark lesbian romance novels, fear can turn to love, monsters can find redemption, and beauty always succumbs to the best.”

I mean… YES, SIGN ME UP, PLEASE? I will absolutely watch this author.

If you’re into f/f retellings with a darki-ish bend, take a peek at my free story The Witch, a twisted retelling of Hänsel and Gretel.