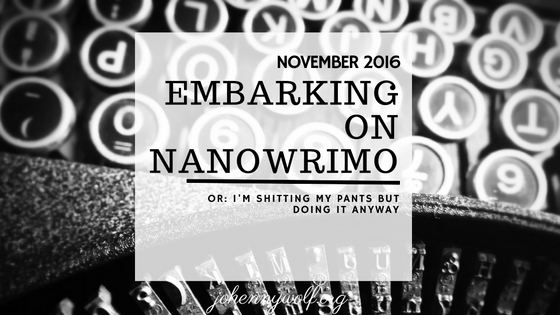 One more day till Nanowrimo.

Tomorrow starts my favorite month of the year, November. The beautiful, terrifying month of novel-writing-frenzy. I’ve failed every single one of my last three attempts at nanowrimo and camp nanowrimo, and yet I am here to try it again. I have too many WIPs as that I should start yet another one, and too little motivation and ideas on top of it. All I have is my basic premise and a cover (because instead of creating an outline or brainstorming plot, I created the second most important thing you need to write a novel: a cover).

I also have the firm resolution to keep this story as free of smut as possible (which means I will allow myself between one and three sex scenes but not a single one more). I haven’t written nearly as much this year as in the years before, and every single story I wrote was erotica and bursting with smut. And there’s nothing wrong with that. I love writing sex, and I’m pretty good at it. But I need to make sure I haven’t unlearned to write anything else. So my nano story is going to be my practice-piece. A story to reconnect with storytelling beyond carnal desire. 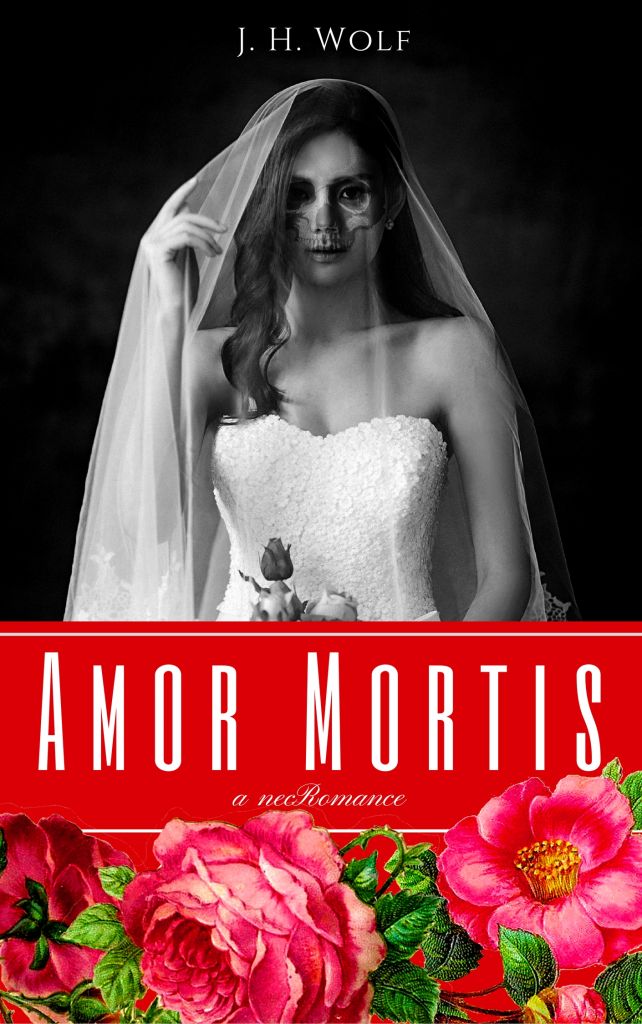 After her untimely death, a necromancer is asked to bring Sophie Blackwood back to life. Her family ignores his warnings that the dead never like their return, but when he turns out to be right and Sophie is no longer like she used to be, they park her with the man who resurrected her — And despite knowing better (and Sophie constantly reminding him of his wrongdoings), Phil de Morteau slowly falls in love with his new protegé. But can Sophie ever be happy amongst the living, when all her days are grey and numb?

Despite not really having a plan, over the last few days as November was approaching, my thoughts started zeroing in on my story, and plot points and characters started popping up in my dreams and also in my waking hours. So maybe I’m not as plan-less as I think. I hardly ever start a story with more than a very rough idea of what’s going to happen, even though I really want to learn to be a better plotter.

Sharing the story or not?

Now, I’m wondering if I should maybe post my nano story on platforms like wattpad and tumblr (and my website) as I go, chapter by chapter, as a way not only to keep myself on track but also to expand my audience. I’m torn about it, because it would mean to give the story away for free long before I can earn anything with it. On the other hand, building a platform is an investment into my career as a writer, so this should be a no-brainer. I haven’t reached the size of readership yet that I could allow myself to be miserly with my stories. Besides, what I will be posting is a first draft; it will change through editing before I will publish it for purchase — if I’ll do that at all. The biggest challenge will be to finish this thing, anyways.

What do you think? Should I publish this WIP as I go or rather not?

Let me know in the comments!

Next Story
Up next in the series of Twisted Fairytales