About Me / Reviews / Uncategorized

This will be a bit of a all-over-the-place kinda post. There will be some legal talk about beekeeping, sinful baking, and some book review quickies.

First, I switched projects once again. As I got stuck writing Durwin’s story, I decided to work on something else instead. So now I’m working on a fun romp of a first draft I finished quite a while ago. Editing! Fun! Wow, I really love me some commas. And those over-complicated, never-ending, convoluted sentences! The draft is a mess, and after going through it a first time, I was ready to give up and move on. On the other hand, I had tons of fun rereading it. Which means:

No giving up this time, Jo!

There is a lot of rewriting to do, however, so it will take me some time to finish this beast. Additionally, I need to fill some gaps in my knowledge with research. Which means, I’m learning everything I can about the bee-keeping laws of Massachusetts. For me as a non-U.S.-citizen, that means I have to find out where to find out the things I have to know. By the way, the articles about bee-keeping are my favorite part of the German civil law: 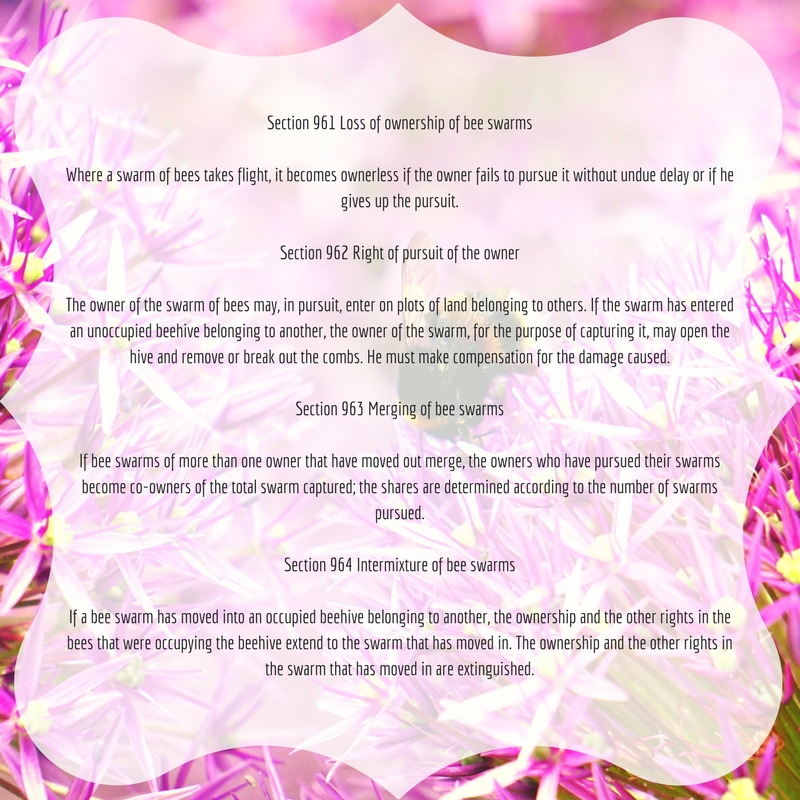 I had to quote the whole thing because it’s just so precious. Imagine your Main Character running after a swarm of bees, breaking and entering their neighbor’s and nemesis’ property… Of course, that’s only hilarious as long as no one gets shot in pursuit of their bees.

Apart from learning about beekeeping and laws pertaining it, I spent insane amounts of time on pinterest browsing cupcake recipes. My male MC is baking a batch of cupcakes in order to apologize to his love interest/nemesis (and things go south from there), so I had to find a perfect recipe. And since it was my oldest’ birthday (I’m now mom of a real teenager, oh god), I had the perfect motivation to spend 4 hours on baking 12 cupcakes.

I found this recipe for gooey chocolate s’mores  cupcakes by Tracy from Baking Mischief. Of course mine didn’t turn out half as pretty, but they were pure heaven and absolute sin. For my test run, I left out the special ingredient my MC adds to his batch – which was for the better! 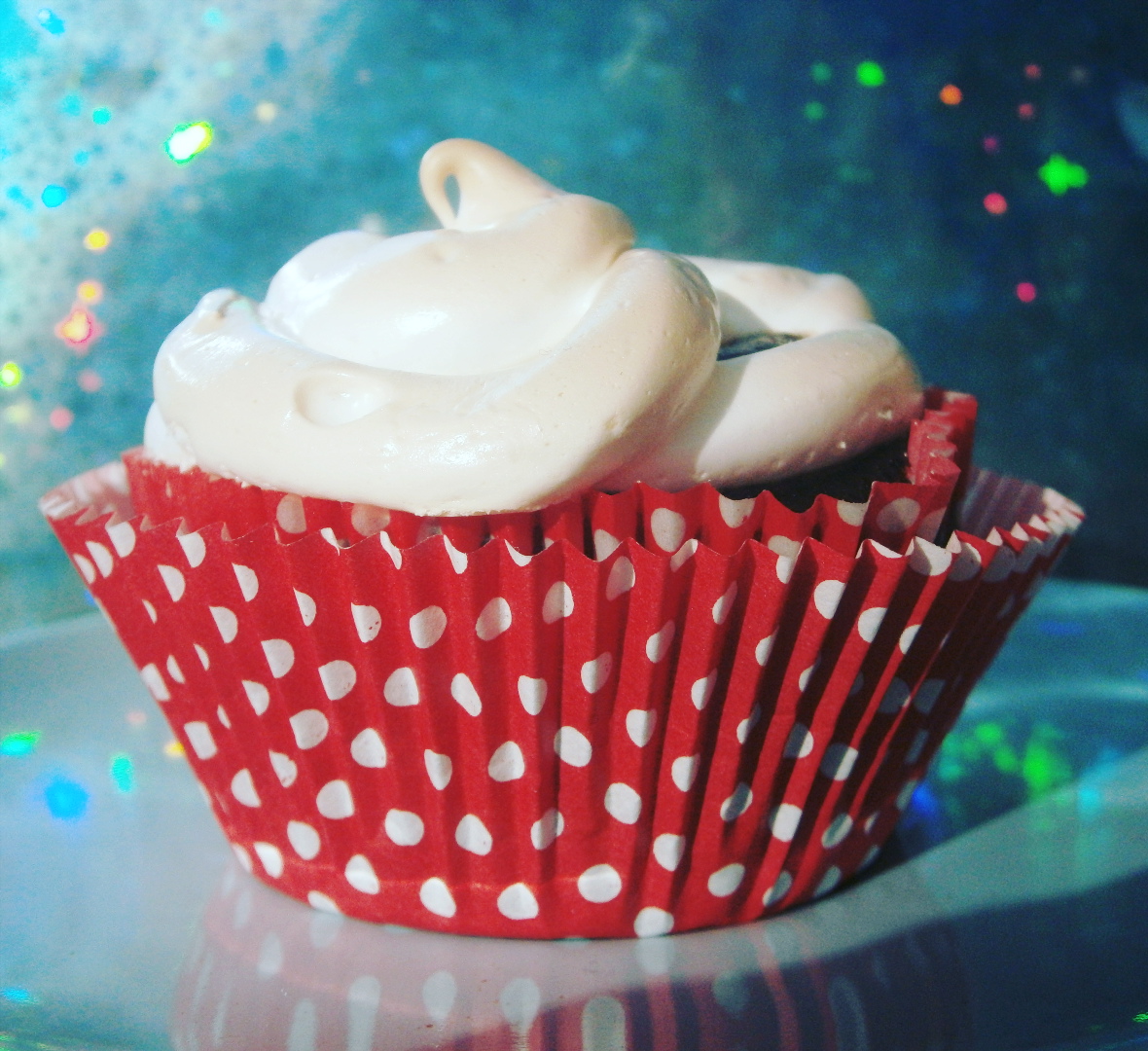 I found that something Malin James said on the Sexy Librarian’s Erotica Blog-Cast (my new favorite podcast) goes not only for writing erotica, but also for these cupcakes:

Don’t say no to yourself.

Hallelujah. And just like no one ever has to see a story you wrote, no one has to know you ate that cupcake.

Once you find your way onto Pinterest, you’re trapped, of course. But since it’s so much fun to make storyboards. Here’s the one I made for this story:

Apart from baking and editing, I also made some time to read. Each time that infernal Stephen King quote about writers who aren’t also voracious readers are doomed to fail (or something) crosses my twitter feed, I start feeling guilty. Seriously, people, what’s with all the shaming? I used to read voraciously, sometimes a book a day. But when I went to University to study language and literature, I lost my reading drive over the books I was force-fed. As it turns out, doing something professionally can be quite detrimental to the joy of the act. It’s only slowly that I find back to enjoying reading. But I have to actively tell myself not to let Stephen King shame me for needing a break from books. Every relationship needs work, and my love affair with books is no different.

These are the books I read in February and enjoyed thoroughly:

Uprooted by Naomi Novik
My rating: 5 of 5 stars

AAAAAAAAHHHHHH What do I do with my life now that I’ve finished this book?!!?!?!

My daughter once said after reading Red Queen that she never wanted to read another book, because what if the next story would replace the feels she now had? – Now I understand that sentiment. I want to stay in the world of Uprooted for a little longer, I want to feel the story and stay immersed in the magic. I don’t want to leave.

Uprooted is just beautifully written, with a rich atmoshere and palpable magic, and a plot that kept me turning pages without stopping for breath. One of the best books I’ve read in a long time.

Tell Me a Story by Tamara Lush
My rating: 4 of 5 stars

Reading something kinky to someone else is one of my top kinks, so I had to give this a try. I’m very glad I did, for this is a sweet, hot ride!

The characters feel real, the attraction feels real, and the sex is hot as well. The conflict was more or less resolved quickly once it was out in the open, which was okay for the lenght of the novella, but guessing what was coming gave me a nice churning in my stomach. The best thing about conflicts and sex is the anticipation, and Tell Me a Story played very well on that.

Reunited by Jennifer Bene
My rating: 4 of 5 stars

Reunited was such a fun and hot read! First I was a little worried because Megan drank a lot on her high school reunion and was more like a little tipsy, but there was never a moment I was worried that Eric and Colby wouldn’t stop their action if she wasn’t 100% on board and certain about it. And as it was apparent that Megan very much enjoyed the action, I did too. And then there was the little bonus chapter “A night off”, which had me tearing up because I was so happy for the characters – and books that do that to me are the best books.

View all my reviews on Goodreads

Okay. Now that I’m done with this mess of a post, it’s time to break out the knitting needles. More on that next time. Hopefully.