The Beauty and the Beast trope 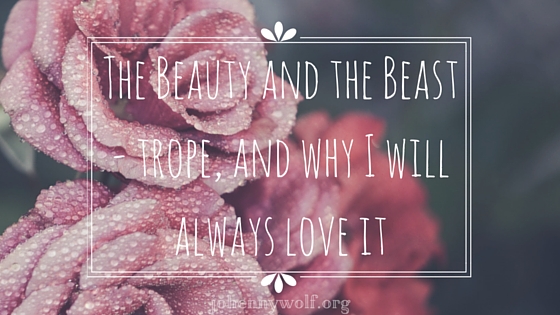 And why I will never stop loving it

I am a sucker for Beauty and the beast tales. Give me a woman falling in love with a beast and I’m salivating all over it. Never mind all those problematic aspects where the trope can go horribly wrong.  But why is it that this fairytale has such an effect on me, and that it gets me every time? My heart starts pounding  when Beauty meets her beast and they share a first, awkward moment. When the beast enters the story in all its unrefined roughness, coarse and sometimes outright nasty (or not, more often, when the *beastliness* comes only from its appearance, not its character), I can’t help but rooting for it to find its match and lover in Beauty. 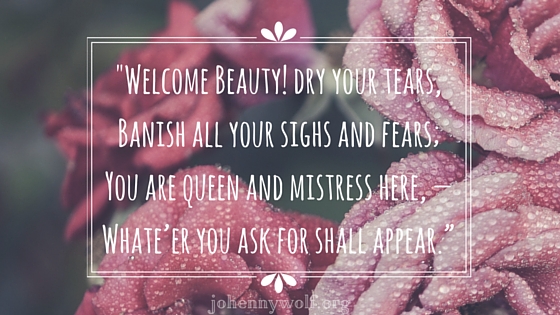 The story of Beauty and the beast is a trope we’re well familiar with. It’s a fairytale told often and throughout many cultures, from Madame Catherine de Villeneuve’s tale to the Scandinavian tale East of the sun and West of the moon. It’s abundant in pop culture, be it TV series, movies  or books throughout genres – from Angela Carter’s The Bloody Chamber over G.R.R. Martin’s Song of Ice and Fire, Eloisa James’ When Beauty tamed the Beast, or the manga The Ancient Magus Bride, to countless retellings in New Adult Fantasy. The trope has lost nothing of its fascination.

By the convention of the trope, it often starts with Beauty getting placed in new, frightening circumstances. The conditions lie outside of her control. For one reason or other, she has to live with the self-identified beast.  With this rather gothic beginning of her story, a pleasant shiver starts crawling up my spine. Like a roller coaster ride, the fear of what lies ahead instills the breathlessness of fear in Beauty. Best case scenario, the reader/viewer feels it too.

There’s an aspect of dubious (to openly non-) consent here, and it’s all too easy for the story to drift into dangerous waters. It’s a slippery slope, but hey, there’s nothing wrong with indulging yourself in those dark and murky waters. I do it myself often enough. Though I tend to tolerate it better when a story knows what it’s doing. If it accidentally veers into non-con land, I’m zipping out of there faster than Flash on steroides. If it tries to sell it as romantic, I may puke while doing so.

The beast presents a challenge to Beauty’s conceptions and prejudices. She’s trapped at his side, in his castle, and soon enough, she’ll realize that there’s no way around it: she has to face it. By doing so, she undergoes her own transformation, and takes control of her life and her choices. In no small part, she’s able to do that because the beast allows her to. He makes her queen and mistress, emphasizing her right to choose. Despite his beastliness and scary appearance, he treats her as an equal. He’s gentle and polite, and he respects her choice when he asks her to marry him and she declines. And, at some point in the story, he even lets her go, often at great cost to himself.

This point is essential, because only when she leaves, she can return of her own volition. There’s an implication of submission in such a tale, and maybe that is what gets my gears going. Of course, it’s a two-way street; the beast submits to its Beauty just as much as she consents to be his queen and mistress. Their blossoming love is an intricate dance. Sometimes, like in Angela Carter’s story The Tiger’s Bride, it ends with Beauty stripping off her human skin, revealing the fur of her very own beastliness. More often, it’s the beast that changes.

“The transformed or tamed (read “humanized”) prince is not nearly so memorable as the Beast, a figure of power and vulnerability combined. That is a rich combination of natures. It is the Beast as beast who rivets attention and burns the story into one’s mind. It is the Beast on whom storytellers, writers, and artists focus their imaginations. The climax of the story is Beauty’s love of the Beast himself, not the transformation and marriage, which is anticlimactic if pleasant. Therein lies the great disappointment of many graphic and literary conclusions of “Beauty and the Beast.” The prince seems bland in contrast to the powerful reconciled beast; he is in fact anticlimactic to the forceful struggle of balancing beauty and beast.”

Sometimes, the change the “beast” undergoes is ripe with ableism. Often enough, the mark of the beast is disfigurement or disability. (I have to fess up to my heavy cane kink here; I have it since the first transforming love story I read featured a hero with a limp. I’m not proud of it). When the magical curse is lifted, the disfigurement is gone. In that first love story I mentioned above, the hero gets tortured and racked, thus losing the limp. He loses his pretty voice in the process, too, and presumably his life, to return some books later as a masked pirate reclaiming his former wife. She doesn’t recognize him due to changed appearance and voice. I still get palpitations over the revelation scene.

The message cannot be that love will change a beast into a prince, even when, on the surface, it looks like exactly that. But what message would that be: Just love someone enough and they’ll change for you? No. Reality doesn’t work like that. In fact, I hate it when a story gets turned into this trite, even harmful cliché: Just love your partner enough and they’ll stop hurting you. That’s bullshit. So why do I love the beauty and the beast trope so much?  Because it is decidedly not like that.

Beauty and the beast is about acceptance, about looking beyond the presented skin, about challenging conceptions. Despite being victim to her circumstances, Beauty masters her own fate. Sure, once upon a time the story served as a tale for young women who got married to older men. It challenged them to look behind their façade and find happiness with their husbands. Now we can find and assign new meanings to old stories. We can find a meaning that is relevant to us and our time, and it’s this that lets stories transcend through times. With new meanings and new readings, they lose nothing of their fascination.

Some find comfort in this story as it shows them that everyone can be loved. They see in it that everyone is lovable despite what they conceive as their beastliness. I am drawn to the delicate power play and the theme of submission that brims just under the surface of these stories. The fear I feel on Beauty’s behalf before the beast shows its gentle, tender side is invigorating, and it hooks me every time anew. I’m a slut for the Beauty and the beast trope. Period.

I even wrote my own retelling! 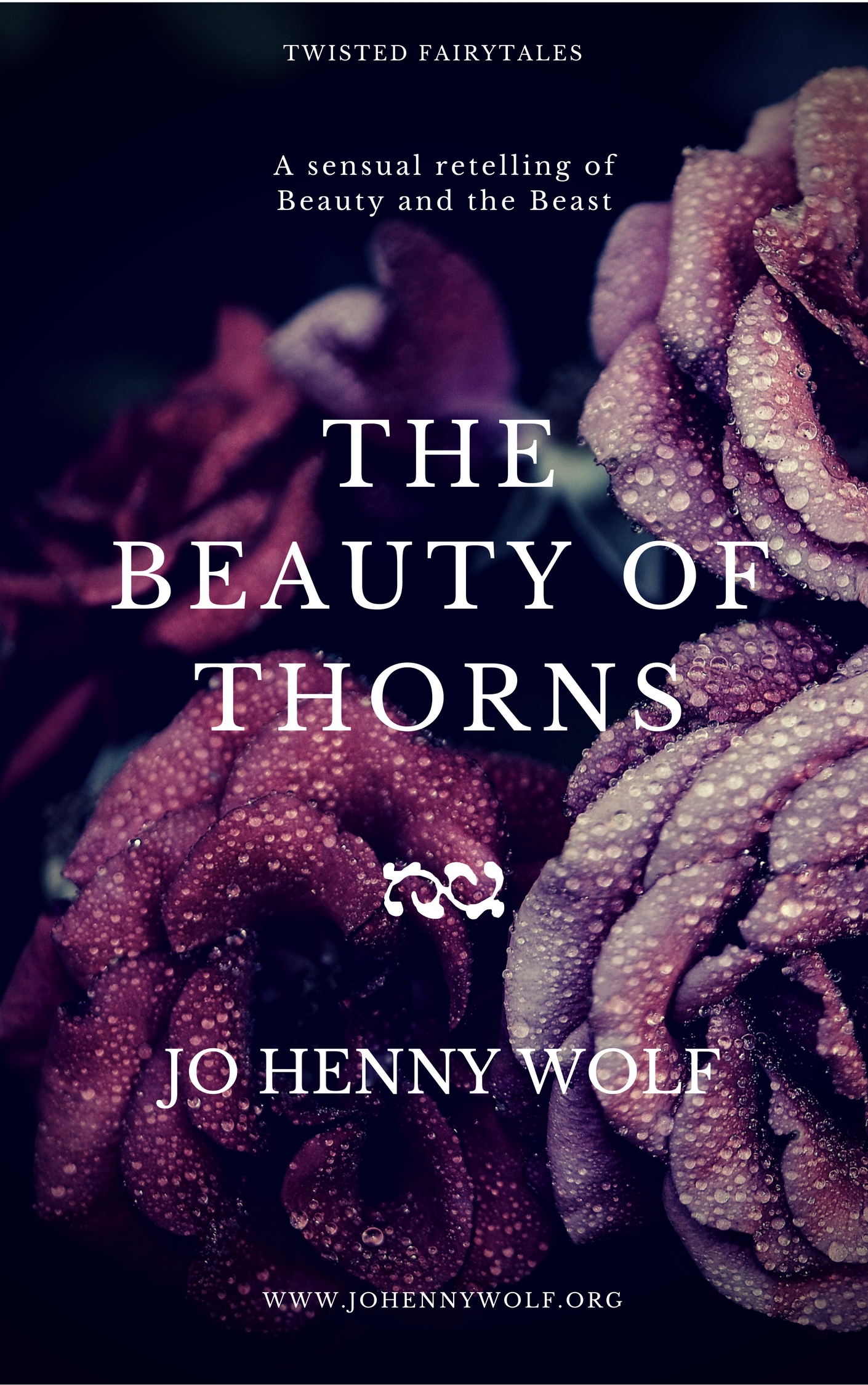 One day, after losing all his money, a father decides to sell one of his daughters to a terrible beast. Beauty takes it upon herself to become the beast’s possession and enters his castle, a place full of enchantments and strange creatures, the strangest of them all her new master, the beast, who binds her with thorns and pricks her pride.

Get this sensual retelling of The Beauty and the Beast, a fairytale full of luscious potential. Free!*

*Prolific Works requires an email address to send you your free ebook. I do not collect your email address and you won’t sign up for my Newsletter through their form.

beauty and the beast, storytelling, tropes

Next Story
Talk dirty: 3 things to know about phone sex